How much more wind power would New Zealand need to be 100% renewable? 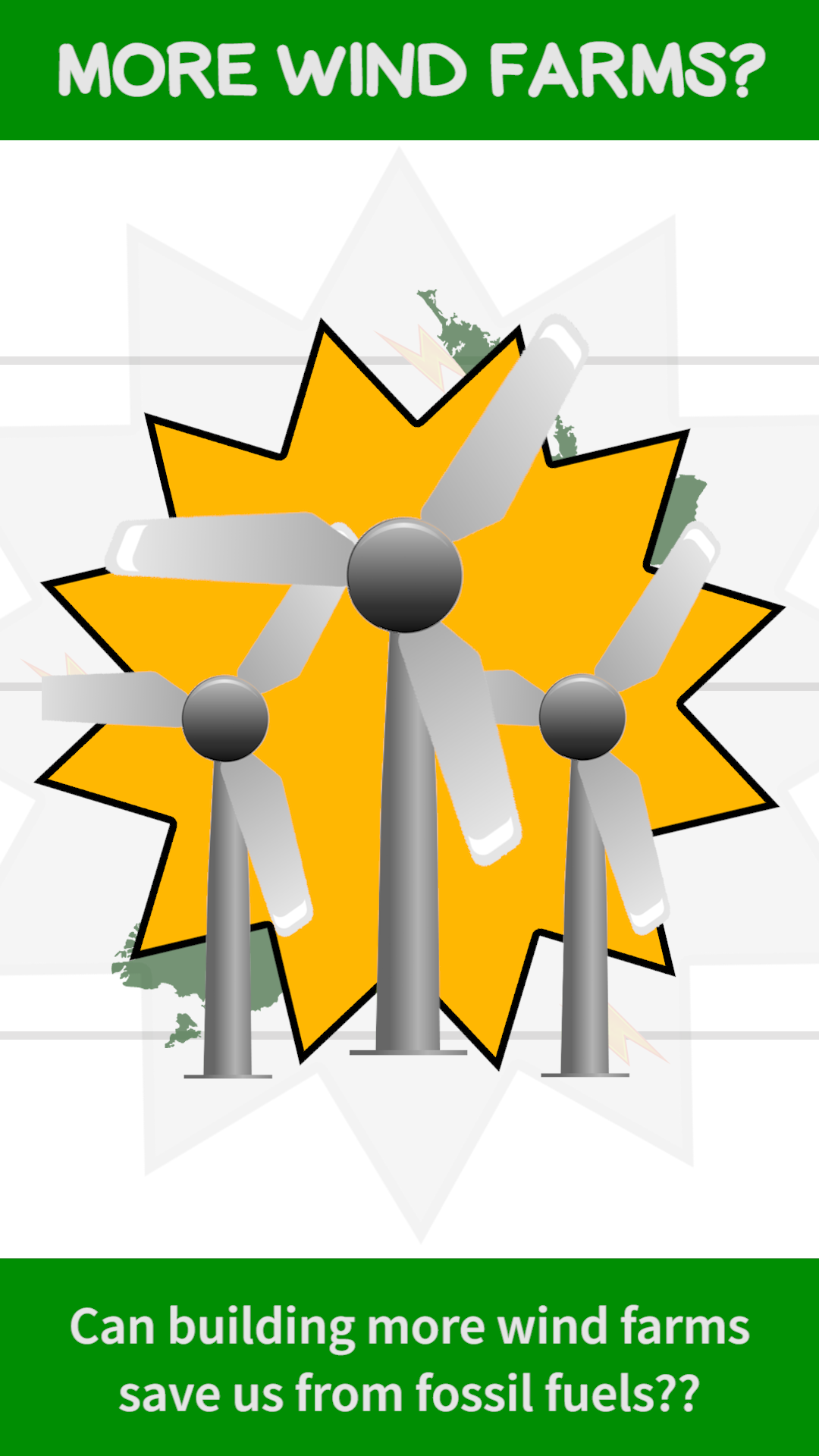 Wind power has been one of the fastest growing sources of renewable energy in New Zealand in the 21st Century. In 2020, wind accounted for about 5% of New Zealand’s electricity supply[1], which has been the case since about 2015 [2].

This was equal to the percentage of electricity generated by coal (5%) and a little over a third what was generated by natural gas (14%)[3].

For wind to make fossil fuels like coal and gas redundant in the electricity sector (notwithstanding the fact there will be years when we could be short of water for hydro dams or wind to spin the turbines) it would have to grow drastically be New Zealand could pull the plug on coal and natural gas.

How much wind does New Zealand have?

Since 1996, New Zealand’s electricity generators have built (or nearly built…one’s almost finished) 23 wind farms. This amounts to about 581 turbines[5].

The largest period of growth in wind farm construction took place between 2005 and 2015[6]. This coincided with significant growth in geothermal electricity output, and flatter demand growth for electricity overall, leading to a reduced role for coal and natural gas in the electricity sector, as can be seen in the graph below[7]. This graph also shows wind generation has been flat since about 2015.

In the middle of 2021 one new wind farm was commissioned in New Zealand, the first since 2015, and another followed later in the year.

In June 2021, Tilt Renewables officially opened its Waipipi Wind Farm in South Taranaki[8]. The farm was first proposed in 2007, and resource consents were granted in 2017. Mercury Energy’s Turitea wind farm is partially online, with further turbines under construction, and is the latest addition to New Zealand’s wind supply[9].

The company (at the time known as Mighty River Power) applied for resource consents to build up to 121 turbines at its proposed Turitea wind farm near Palmerston North in 2008[10]. The minister for the environment at the time, Nick Smith, “called-in” the the applications as a project of national significance and referred them to an independent board of inquiry[11], separate from the consenting authorities of local councils.

Over the course of the board of inquiry process, concerns were raised over the visual effects of the farm and the impact on nearby private homes.

Although the initial consent application had been for a farm with up to 121 turbines, following the board of inquiry hearing and the revisions that resulted from changes made to get the project over the line, the consents granted in the end allowed for only 60 turbines [12].

All 60 turbines are expected to be operational some time in 2022, but as of late 2021, the construction was experiencing delays[13].

What’s the potential of wind?

New Zealand’s 23 operating wind farms range in size from having just one small turbine to farms with 60 large turbines [14]. A report prepared as advice to the government indicates an identified potential for almost 80 more wind farms [15].

If all the identified wind farms were seen as lucrative projects for investors,  consents could be obtained, and construction completed, New Zealand’s wind generation could increase from 2,282 GWh to 41,800 GWh. This would almost double New Zealand’s total electricity generation[16].

While there is considerable potential, the likelihood of anywhere near the full amount of potential generation will ever materialise. The development of any one of the potential farms identified will only occur if a company looking for its next lucrative investment deems considers a project to be worth pursuing. From there, resource consents would need to be obtained, and then the wind farm would need to be constructed.

Developing a wind farm, like many economic activities in New Zealand, requires a resource consent under the Resource Management Act. Getting through this process for a wind farm can take up to a decade. This was the case for both the Waipipi and Turitea wind farms mentioned above.

The New Zealand Wind Energy Association, which represents New Zealand’s wind farms and associated sectors, has said “the time, complexity, and cost of consenting renewable projects under the current system is acting as a barrier to some renewable electricity projects and will not provide for the pace of development required to meet New Zealand’s renewable generation targets”.[17]

Not every consented wind farm is worth building

Even with a resource consent, building a wind farm is not always worthwhile. The New Zealand Wind Energy Association’s website lists 10 consented wind farms in New Zealand with a combined capacity of 2,076 MW[19] – almost double the capacity of 1,045 MW that will be in place when Turitea wind farm is fully operational.

Of the ten consented wind farms, two (Harapaki in the Hawke’s Bay, and Mt Cass in Canterbury) are in advanced stages of development or pre-construction.

The New Zealand Wind Energy Association says not all consented projects will be built – many consented projects stay on hold as as developers wait for market conditions and electricity demand to make wind farms commercially viable – as in, the project doesn’t proceed till there’s money to be made progressing it[21].

How long could it take for wind to get up to speed?

The New Zealand Wind Energy Association forecasts growth over the long term, but in recent years has cited the NZ Battery Project (a government plan to solve New Zealand’s “dry-year” problem through the development of electricity storage through pumped hydro) as a source of market uncertainty[22].

The Climate Change Commission, Transpower, and the New Zealand Wind Energy Association all forecast electricity generation from wind to increase out to 2035 and beyond, but to various degrees.

The New Zealand Wind Energy Association has called this “challenging but achievable”[25]. The association said following the completion of Waipipi and Turitea wind farms, an additional 2,800 MW in capacity (about 20-30 new wind farms) would be required. This would result in a growth rate of 180 MW a year from 2020 to 2035[26], resulting in total capacity of 3,800 MW.

Transpower, the state owned enterprise that owns and operates the national grid, has forecast wind generation to grow, but to a (comparatively) smaller figure of 8,900 GWh by 2035, requiring an additional 2,300 MW[27] in wind capacity following the completion of Waipipi and Turitea, and requiring an annual growth rate of 153.3 MW in wind capacity[28].

Whether meeting the Climate Change Commission’s “challenging” expectation of 180 MW in new capacity each year, or meeting Transpower’s through an additional 153.3 MW a year, both investor backing and permissive legislation will be vital.

If consenting and market conditions are favourable, then annual growth in wind power capacity and electricity generation may rise to and sustain the rates of construction needed to meet the Climate Change Commission’s expectations, or at least Transpower’s – both outcomes could result in coal and natural gas use in the electricity sector being displaced.

If the regulatory processes continue to be a barrier, or a project just isn’t a worthwhile investment for a company, some mix of coal and natural gas will be needed to continue to support New Zealand’s electricity supply – power cuts are one of the few alternatives.

The difference between electricity and energy

Turbines and rotors won’t be the only technology deployed in New Zealand in the coming decades as the nation’s energy sector moves to reduce and eventually eliminate its reliance on fossil fuels.

If wind farms are to play a meaningful role in reducing New Zealand’s use of oil, gas, and coal at the scale and speed required, some serious tail winds will be needed.

Fossil fuels will remain a large part of the energy sector until such a time as renewables like wind get up to speed.

If you’d like to check any of the facts or resources that informed this article, please check the full list of references by clicking here.

What impact does NZ’s coal use have on the climate?

What energy sources power our factories?

Why is coal used in making steel?

What is the potential of wood as a replacement for coal?

What is the potential of electrification of industry?